A database rearchitecture solved an issue that could have brought down mission-critical systems for first responders. CapWIN’s software provides first responders with access to multiple data sources on-demand supporting law enforcement queries and real-time transportation incident information via a secure networking environment. Geographical Information System maps are transmitted to users on various devices, which guide parties to emergency locations when the associated services are requested. These data sources and locations are also analyzed by CapWIN on a regular basis and sent to each state agency, allowing them to ensure their operations continue to run smoothly and to prepare for upcoming events.

CapWIN was experiencing some issues with its Db2 Replication server. The problem caused outages and slowdowns in replicating data from its main Db2 database to its Db2 for Linux, Unix and Windows (LUW) reporting database. The Db2 reporting warehouse generates the various reports needed by the different state departments served by CapWIN.

Due to the growth in data and usage over time, the Replication server became overloaded and was running at below optimal speed. This caused the recurring data replication process to slow down, as well as the volume of data being replicated to significantly decrease. To combat the issue, the CapWIN technical team had to replicate the data through a manual process. This workaround meant that the reports could continue to be published intermittently, however it was not sustainable for more than a few days. If the replications were to halt or be delayed for any duration, it could have a detrimental effect on any of the department’s operations.

Fortunately, CapWIN’s senior engineer observed the issue right away and, in understanding its criticality, he reached out to Origina for immediate support.

The Capital Wireless Information Net (CapWIN) is a program located in the University of Maryland’s Center for Advanced Transportation Technology. CapWIN was created by and continues to operate under the direction of a coalition of law enforcement, fire/Emergency Medical Services and transportation agencies in Maryland, Virginia, and the District of Columbia. CapWIN has created and implemented a set of software products and services that supports field operations of each of these departments. Origina’s independent Global IBM Expert with over 27 years of experience with Db2 immediately got on a call with the CapWIN team to help it find and resolve the issue. Origina’s Global IBM® expert reviewed CapWIN’s log files and helped them locate the issue. It was identified that due to the continuously large increase in the volume of data, the LUX environment was unable to run at its optimal level and needed to be rearchitected. Luckily, due to the vast experience of Origina’s independent Global IBM Expert a fix was found. The solution ensured that operations continued to run smoothly whilst the environment was being re-architected by the CapWIN team.

As a result of the fix provided by Origina, CapWIN was able to continue sending regular reports and trends to each of its Member agencies. This ensured that each of the agency continued to operate at an optimal level, by providing them with the intelligence to prepare for any issue that may arise. The solution also stopped the CapWIN team from continuing to engage in resource intensive manual replication and saved it from having any gaps in producing its reports. If the issue were not resolved quickly and effectively, CapWIN Member agencies would have been unable to effectively perform their mission-critical operations, including report production and review. Fortunately, Origina is a trusted partner that assisted to mitigate these risks. 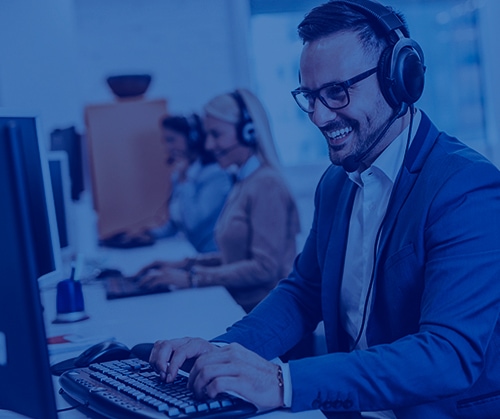 A telecommunication company received priority one assistance for a technical issue within its testing environment. Read our case study to learn more.